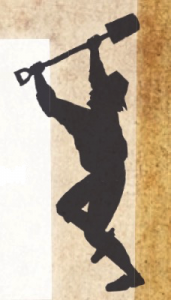 On Saturday 17th June 2017 at 2pm at Geddington Village Hall there will be a performance of Captain Pouch’s Dream,  a play written by local author Len Holden which is based on real historical events that took place in Northamptonshire, Leicestershire and Warwickshire in 1607.