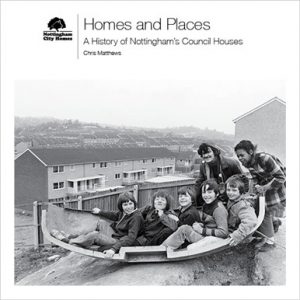 Chris Matthews is a local historian and graphic designer who teaches at Lincoln University. He has designed and co-authored the following books: Homes and Places: a History of Nottingham’s Council Housing, with Dan Lucas; Cities of the North and Towns in Britain with Adrian Jones. He is currently Chair of the East Midlands branch of the Twentieth Century Society.