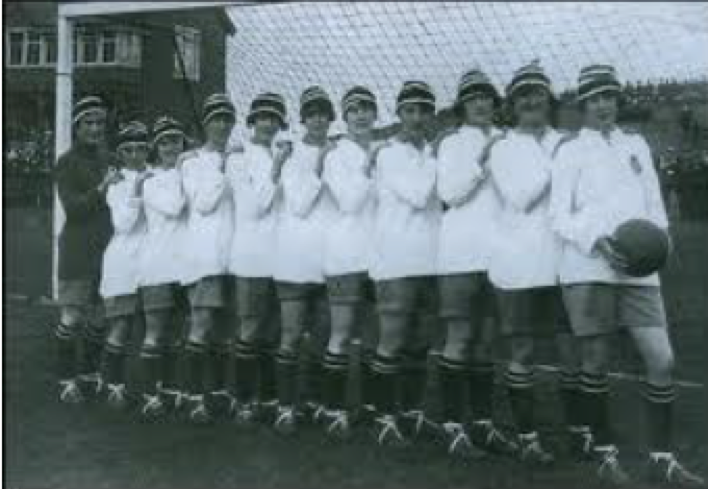 At 2:00 pm on Wednesday 11th July 2018 at Collingham Memorial Hall historian Gail Newsham will tell the story of women’s football during The Great War. In the history of women’s football, The Dick, Kerr Ladies are the most successful team in the world. They were formed at a munitions factory in Preston during the First World War to raise funds for wounded soldiers from the Western Front who were being treated at the towns military hospital. Come and hear author Gail Newsham talk about this important aspect of social and sporting history. Signed copies of ‘In a League of Their Own!’ will be available to buy at the end of the talk.