On Saturday 14th January in Lenton Grove on the University of Nottingham campus starting at 10:00am there will be two presentations. The first by John Beckett on Bromley House and the second by Paul Elliott on the experience of women between 1780 and 1850. 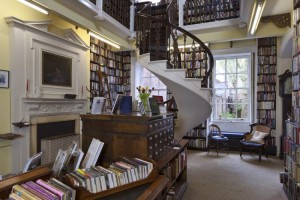 The role of the private subscription library in Nottingham in the development of scientific thinking in the early 19th century. The paper also looks at how over time the library was superseded by other specialist societies and organisations, which themselves linked eventually to the University College which opened in 1881.

Session 2 – Regions of Enlightenment: Women and Scientific Culture in the East Midlands during the Nineteenth Century

In Family Fortunes, their well-known study of English middle-class family life, Leonore Davidoff and Catherine Hall argued that an ideology of the private domestic sphere became prominent between 1780 and 1850 and circumscribed female behaviour, while men dominated the public sphere life of the arts and government. This paper examines the degree to which the experience of women in scientific culture between 1780 and 1850 conformed to the separate spheres model.

The Department of History organises local history seminars which take place on Saturdays between October and March. They are open to all with an interest in local and regional history. Booking is not necessary and the entry fee of £5 includes refreshments.

The seminars start promptly at 10am and finish at 12.30pm, and are held in Lenton Grove, accessed via the West Entrance of the University Park campus. There is limited parking outside the Department of History, and roadside parking 100m beyond Lenton Grove, just past the Humanities Building.

University of Nottingham – Department of History