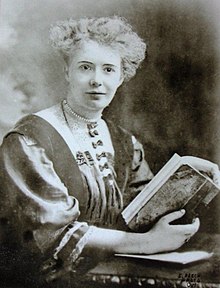 On Saturday 11th January 2020 at 2.00 pm (doors open 1.30) at The Nottingham Mechanics North Sherwood Street, NG1 4EZ, Cathy Hunt will tell the story of the British suffragist and Scottish trades unionist Mary MacArthur. She was the general secretary of the Women’s Trade Union League  and was involved in the formation of the National Federation of Women Workers and the National Anti-Sweating League.  In 1910 Mary led the women chain makers of Cradley Heath to victory in their fight for a minimum wage and led a strike to force employers to implement the rise.