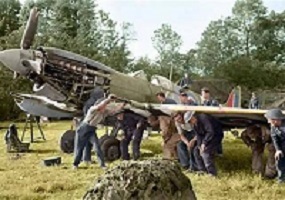 On Wednesday 22nd September 2021 at 7:00pm via ZOOM Bob Massey will tell the story of aircraft, other than the Spitfire and Hurricane, that fought the Battle of Britain