Under the Music Hall, Malt Cross 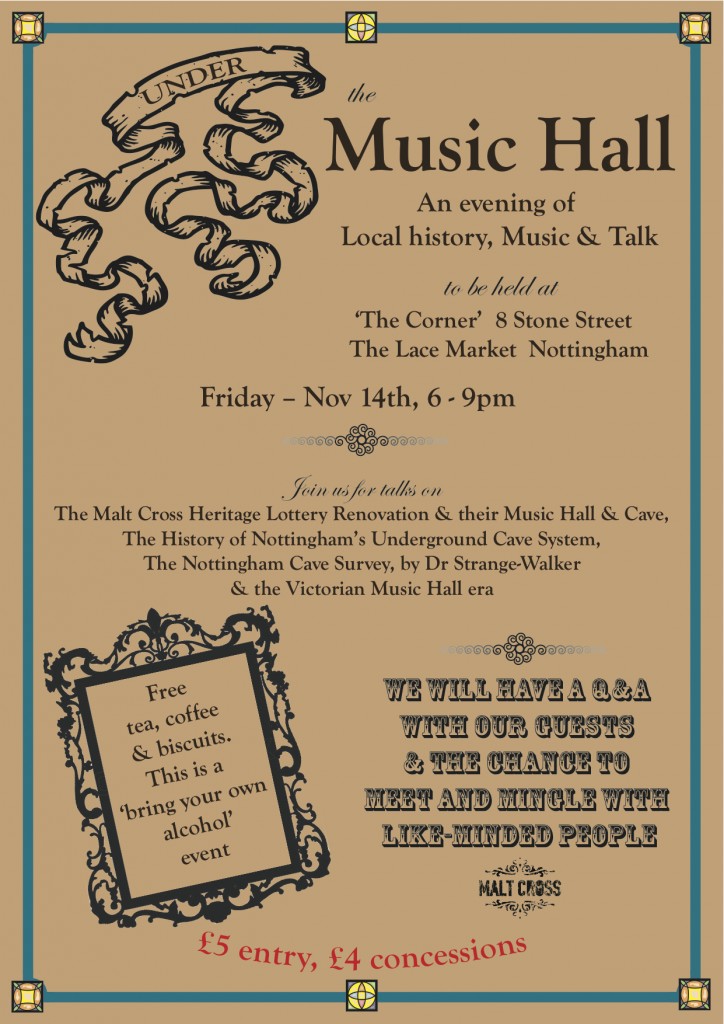 This event is an evening focusing on Nottingham’s famous underground cave systems, and in particular one of the cities venues, The Malt Cross Historical Music Hall. The evening will feature talks and a Q and A with local historians and cave experts.

The Malt Cross has recently undergone a Heritage Lottery funded renovation and has open it’s Music Hall venue and underground cave to the public. We will also hear from the writer and director of an upcoming heritage film ‘Under the Music Hall’, which is to be filmed in the cave under the Malt Cross.

At the end of the evening there will be themed music and a chance to drink and mingle with like-minded people.