NLHA Spring Dayschool 2016 and AGM – Unearthing the Past

Steph Mastoris began his museum career in Nottingham in the late 1970s and since then has also worked in Leicestershire and Wales. He is currently Head of the National Waterfront Museum in Swansea and Acting Director of Operations for the National Museum of Wales. Steph has just completed a 15-year long research project to prepare a scholarly edition of the Welbeck Atlas for publication by the Thoroton Society’s Record Series.

Dr Steven Hollowell is a local historian with a particular interest in inclosure records but is also an experienced Public Rights of Way Consultant. He has acted as expert witness in a number of important legal actions and has published a number of books dealing with history and access to the countryside. He is currently working on a book on Lost Ways. New legislation places a time limit on claiming lost ways and having them placed on the Definitive Map – the legal record of public rights of way. While Parliamentary inclosure provides strong evidence for the existence of these lost routes, there are many other historical sources which are able to add to the story. We will be looking at the historical background to the early ways and the legal jungle of proving their existence in order to have them restored. 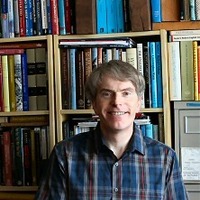 Dr Christopher Brooke is Hon. Associate Professor of medieval church history and church archaeology at the University of Nottingham where he is joint editor for the Southwell and Nottingham Church History project. He is also an Hon. Research Fellow at the University of Durham where he continues to develop ground-based and aerial remote sensing techniques for use in archaeology and the study of historic buildings.

Stephen Walker is a postgraduate researcher at the University of Nottingham. His research examines the development of cotton spinning, and associated textile trades, in the Leen valley, north of Nottingham, in the 18th century. Much has been written about the Industrial Revolution and this research is an attempt to make some detailed observations about the industrialisation and urbanisation which took place in the rural landscape of Nottinghamshire two hundred and fifty years ago. The work combines archaeology with documentary and cartographic evidence. Stephen will describe the outcome of his study, emphasising the effect of the Industrial Revolution on the landscape of the valley.