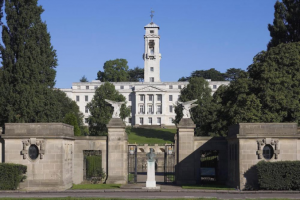 On Saturday 8th December 2018, 10:00am to 12:30pm, at Lenton Grove, University of Nottingham. In the second half of the 19th century, technology played an important role in enabling owners of country houses to achieve a comfortable home which functioned efficiently and largely invisibly. Dwindling personal finances from the late 19th century has meant that the physical evidence of these earliest examples of domestic innovations has often survived rather than being swept away by later modernisation, as was often the case in town houses and middle class dwellings. The owners of many houses, recognising the changing composition of their visiting public, have begun to open up the below stairs areas as well as the state rooms and to conserve the remains of earlier technologies.

Marilyn is now an Emeritus Professor of Industrial Archaeology at Leicester University having served as Head of the School of Archaeology and Ancient History from 2000 to 2006.

The Local History Seminars are organised by the University of Nottingham’s Department of History and are generally held on the second Saturday of the month at Lenton Grove. They are open to everyone with an interest in local and regional history.  Booking is not necessary and the entry fee of £5 covers the cost of attending the seminar together with coffee and biscuits in the interval.  The seminars start at 10.00 am and finish at approximately 12.30 pm.

Lenton Grove is most easily accessed via the West Gate (Beeston) on the main campus. There is roadside parking approximately 100m beyond Lenton Grove, just past the School of Humanities building.

University of Nottingham – Department of History