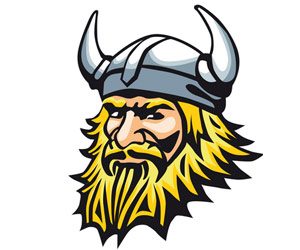 A major new Viking exhibition is opening at The University of Nottingham Museum at Nottingham Lakeside Arts in November 2017.

Viking: Rediscover the Legend — is a collaboration between the British Museum and York Museums Trust and will feature nationally important Viking and Anglo-Saxon artefacts, including recent finds, and will re-examine the influence of the Vikings in Britain.

To coincide with the exhibition, visitors will have a unique opportunity to learn more about the exciting heritage of the Vikings in the East Midlands through a University research project funded by the Arts and Humanities Research Council (AHRC) called ‘Bringing Vikings Back to the East Midlands’.

Dr Clare Pickersgill, Keeper of The University of Nottingham Museum, said: “This exhibition is an amazing opportunity to examine regional Viking heritage within its national and international context through both the exhibition and in a direct hands-on way through the extensive programme of public events that is planned.”

Viking heritage in the East Midlands

Professor Judith Jesch and Dr Roderick Dale from the Centre for the Study of the Viking Age at the University will lead the research project which is focused on promoting awareness and knowledge of Viking heritage in the East Midlands ahead of the exhibition.

Viking: Rediscover the Legend is a touring exhibition, with only four other venues however, visitors to The University of Nottingham Museum will get the additional benefit of learning about how Vikings shaped the East Midlands, through the research being done by Professor Jesch and her team.

Professor Jesch, said: “The East Midlands was part of the Danelaw, a part of England that was under Viking rule during the Viking Age, approximately 1,000 years ago. Its major towns and cities were Viking centres and the Vikings may still be seen in place-names such as Linby from Old Norse lind ‘lime-tree’ and by ‘farmstead, village’, and local dialect words such as ‘scratin’ for ‘crying.’

“Our project will work closely with the University Museum, and will collaborate with local museums in Nottingham, Derby, Leicester and Lincoln to tell the story of the East Midlands in the Viking Age. It is very exciting for scholars interested in Vikings as well as for members of the wider public who may want to learn more about this vast history.”

Viking life in the East Midlands

The project will seek to highlight artefacts within the travelling exhibition that have Midlands’ connections.

An online gallery will be set up of Viking Age artefacts held at local museums so that people can see what is available to view in their area.

There will also be a an extensive Learning and Public Programme that will include public talks as well as a wide variety of interactive activities including tours, ancient craft, living history, storytelling and object handling that will provide the opportunity to learn about their hidden legacy, such as runes, poetry, domestic life, and other aspects of everyday Viking life in the East Midlands.

Professor Jesch, adds: “By holding an array of activities and events in conjunction with the exhibition,Bringing Vikings Back to the East Midlands aims to embed an awareness of the Viking Age heritage of the region and to foster creative engagement with that heritage by creating material that will outlast the life-span of the project.”

Viking: Rediscover the Legend opens at the Yorkshire Museum in May 2017 and will be in Nottingham from 24 November 2017 and will run until 4 March 2018.