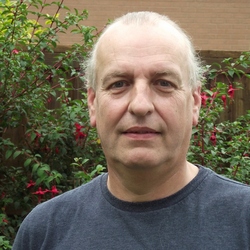 Robert Mee can present a number of illustrated talks for your group.  Robert is a qualified trainer and is on the Derbyshire Directory Speakers List;  holds an M.A. in English Local History from the University of Leicester (2014);  has conducted several research projects around Heanor, and is a volunteer research assistant at Leicester University;  writes for local magazines and newsletters, as well as managing the website for the Heanor & District Local History Society; and  has written two books on the Heanor/Langley Mill area.

All presentations are fully illustrated. They normally last from 50 to 90 minutes, but can be adjusted to suit your needs. Robert is often available at short-notice, if, for example, a speaker cancels. Fees are £50, plus expenses if over 40 miles (return from West Hallam) involved. Contact: email: RobertMMee@btinternet.com telephone 0115 9327495