The Bookcase has launched its Christmas promotion featuring books available with a Nottinghamshire flavour – many recently published and some old favourites. In addition, there are also some special offers available online only.

50 Gems of Nottinghamshire by Dave Mooney looks at the history and heritage of the county’s most iconic places. The author explores the many places that make Nottinghamshire so special, including natural features, buildings, annual celebrations and events unique to the county together with places of historical interest, all beautifully illustrated with coloured photographs. Paperback £14.99

Edwardian Nottinghamshire  by Brian Lund contains an amazing selection of picture postcards featuring Nottingham and South Nottinghamshire from a series published between 1904 and 1908, with up-to-date comparative photographs. Paperback, £11.95

The Historic and Heritage Trees of Sherwood Forest by Ian Rotherham is intended as a testament to the heritage of wonderful old trees surviving today in Sherwood Forest, and also an attempt to answer some questions concerning these enigmatic giants – how did they get to be that way and was it nature or human management that shaped them?  Also included are wonderful pictures of Sherwood’s trees, past and present, some never published before. Paperback £25. Our Price £20

Oxton, Nottinghamshire. A History by Robert Cooper. This history of Oxton was originally intended to form part of the history of Nottinghamshire in the Victoria County History series, but has now been published as a “one off”. Broad subjects covered are land ownership, economic history, social history, local government and religious history. Paperback £9.99

The Mansfield and Pinxon Railway by John Vanags tells the background story of this railway, a bold early venture in heavy goods transportation, built across a terrain where a canal would have been impractical, at a time when the most cost effective motive power for a railway was the horse.  Paperback £4.50

The Mansfield Railway by Robert Western looks at another railway that is no more. The Mansfield Railway came into being thanks to some determined local individuals and opened in 1916.  Its prime purpose was to carry coal from the east Nottinghamshire coalfield, but it was also on the route for the “fast fish” trains from Grimsby to London. In addition it connected the coalfield towns with seaside resorts enabling holidays and day trips for the mining communities.  As services were cut, the railway gradually became a truncated line serving only the colleries and with the demise of the coal industry, the end was inevitable. Paperback £17.95

Nottinghamshire Quirky and Unusual by Andrew Beardmore is a “travel” book containing conventional facts about Nottinghamshire – maps, key industries, population, famous people, a history from the Stone Age – along with a section titled Quirky Nottinghamshire devoted to bizarre happenings and strange events, and all sorts of other extraordinary facts and figures about 50 or so different places with numerous illustrations. Hardcover £19.99

John Henry Spree’s Nottinghamshire by Alan Spree is a collection of images of Nottingham and the surrounding area of Nottinghamshire from around the Edwardian era to the start of the 1930s by one photographer, John Henry Spree.  These photographs show many of the well-known landmarks of the area, but also reveal how much these places and the life of their inhabitants have changed in the last century. Paperback, £14.99

Lost Tramways, Nottingham by Peter Waller documents Nottingham’s two traditional electric tramway operations, that of the corporation and that of the Notts & Derby company, which were dominant for the first 25 years of the  20th century. This guide provides fascinating visual insight into the city at the time of operation through a range of archive photography, much of which is appearing in print for the first time. Hardcover £8.99

In Byron’s Wake by Miranda Seymour describes the turbulent lives of Lord Byron’s wife, Annabella Milbanke and his only legitimate child, Ada Lovelace and is a masterful portrait of two remarkable women, showing how, even long after Byron’s death, he still continued to shape their lives and reputations. Paperback, £12.99

Lost Nottingham in Colourby Ian Rotherham captures the city in its various incarnations from the late 17th century to the latter half of the 19th century using historic photos, paintings and postcards. Paperback, £15.99 Special Offer £14

Central England Signal Boxes by Dafydd Whyles is a record of the signal boxes of Central England in existence before the start of Network Rail’s major re-signalling programme. Every signal box mentioned is described in detail and illustrated by colour photographs. Lines covered include the Nottingham to Newark line, Worksop to Nottingham and Nottingham to Grantham. Paperback, £14.99 Special Offer £12

Nottinghamshire Place Names by Anthony Poulton-Smith. This dictionary of Nottinghamshire place names examines their origins and meanings.  It includes not only towns, villages and hamlets, but also rivers, streams, hills, fields and woods, as well as streets buildings and pubs. Paperback, £12.99 Special Offer £10

Robin Hood by Jim Bradbury claims to be the real story of the English outlaw, exploring both myth and fact from the present day back to the medieval period.  Paperback, 14.99 Special Offer £10

Nottingham by Ian Rotherham and Christine Handley. This  history, illustrated with unique images from the archives of Historic England,  provides a nostalgic look at Nottingham’s past and highlights the special character of some of its most important historic sites. Paperback, £14.99 Special Offer £12

Nottinghamshire’s Lost Railways by Neil Burgess. The fate of Nottinghamshire’s railway network was closely linked to the rise and fall of the coal industry. This book describes twenty closed lines and many more closed stations, the text being profusely illustrated with period photographs. Paperback, £16 Special Offer £14

Nottingham City Transport Buses: From Daimler to Scania by Daryl Hempsall gives an overview of the buses used by Nottingham City Transport since the 1980s, looking in particular at the development of the “Nottingham Standard” type bus and its impact on modern day vehicles.  The book includes personal memories and anecdotes from the men who drove them, along with numerous diagrams, illustrations and photographs. Hardcover, £19.95  Special Offer £15

All these books can of course be ordered online at www.nottinghambooks.co.uk where you will find many more interesting local books to browse through. 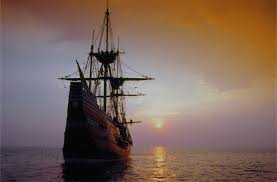