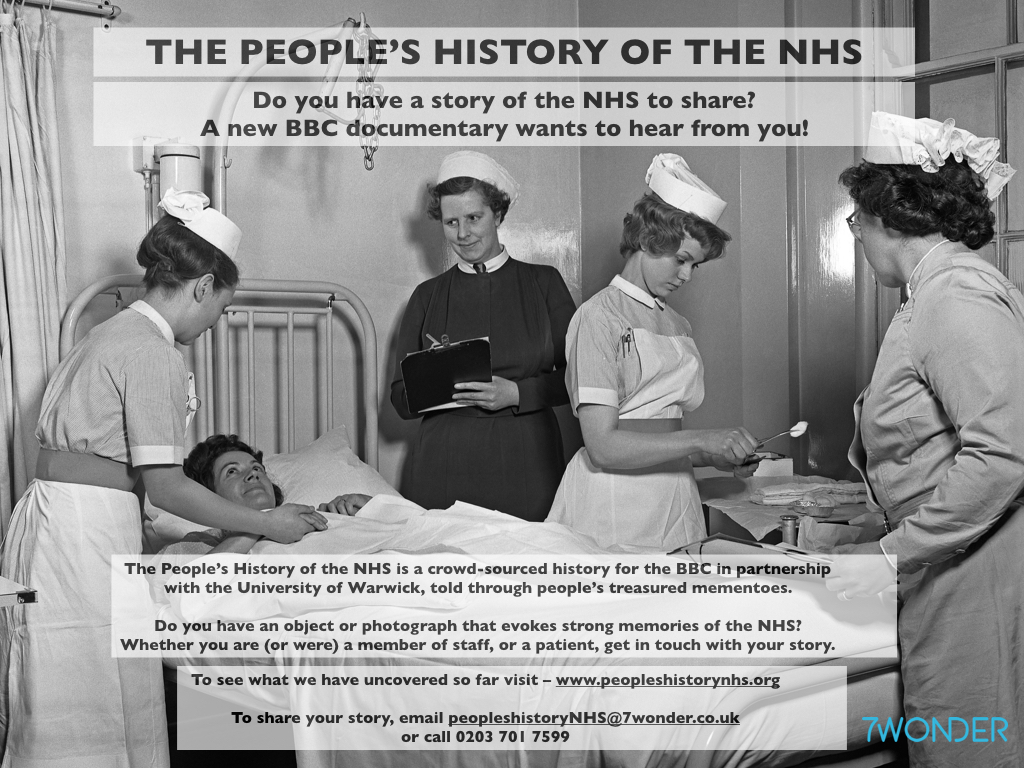 A  London-based TV Production company called 7Wonder is currently making a new documentary series for BBC4 titled The People’s History of the NHS. This three part series is a crowdsourced history of the health service, told through treasured mementos and objects from both its staff and patients through the ages.  Using these fascinating objects and personal stories and made in partnership with the University of Warwick’s History department and the Wellcome collection, these films will uncover a seventy year history of the highs and lows, triumphs and catastrophes of the NHS, which together paint a vivid, and often conflicted portrait of Britain.

7Wonder is trying to speak to as many people as possible who may have a story to tell or an interesting object to show  from the last 70 years, for example, perhaps you might know of someone who migrated here to work in the NHS in the mid 20th century and has a fascinating story to tell? Or maybe you know of someone who was affected by the Stafford Hospital scandal?  Or perhaps you know someone who still has a set of spectacles that were available for free on the NHS before payment was introduced in 1952?  It’s worth stressing these are just examples of the kind of thing 7Wonder might be interested in; they are casting their net high and wide for potential stories and are interested in any stories from 1948 to today that can reflect positive or negative experiences related to the NHS!