A new website has been created to share the stories and memories of over fifty former workers at Raleigh from the nineteen thirties right through to its eventual closure in 2001. With a huge range of audio interviews, films and photographs the website – IWorkedAtRaleigh.com – is one of the largest archives of its kind in Europe. The brainchild of local Community Theatre Company Hanby and Barrett, the project, which was featured on national BBC Breakfast TV, marks the end of a three year long collaboration with the University of Nottingham to celebrate the impact of the company on the people of the city.

Writer Andy Barrett explains, “We really wanted to tell the story of this iconic Nottingham factory from the people who worked there; from across the ages and across the many, many departments. And of course, the best way to do that is to go and meet the workers, to have a cup of tea and to chat. People have a real attachment to the factory which came across in the stories that they told.”

Part of that process of finding people meant organising events to get people to come out of the woodwork. So H&B organised a series of talks that took place on the Jubilee Campus which is located on the site of the old factory; and then a weekend of Raleigh and cycling related activity at Broadway Cinema. And the information that was gathered was used to create a community performance, titled A Lifetime Guarantee, which was put on in Arnold, Chilwell, Eastwood and Bilborough.

It was the success of this show that lead to the idea of the website. ‘After each performance people would come up to us as we were packing away and start telling us all about their time at the factory’, said Andy; ‘and it was clear that there was a real desire from people for some kind of space where they could share their memories. We’re also hoping that people who have moved away from Nottingham will hear about the site and visit it to re-kindle old memories.”

As well as the website, a smartphone and tablet app are available. Producer Julian Hanby explained “The thing that makes the app unique is that you can see where the factories were compared to a current map, and you can see what went on in the different areas of the factory. Then you can listen to former workers telling what it was like to work in that specific bit of the factory, and look at pictures. It’s a way to access the information on the website based on where you are, rather than by topic. And if you are on the site a marker shows where you are.”

The app has been available to download since the 10th March in Android and iPhone versions. The website is up and running and includes contact details for members of the public to contribute their own material.

The work has been made possible with support from the Heritage Lottery Fund. 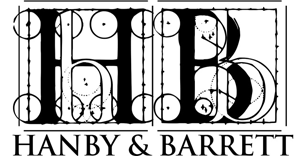