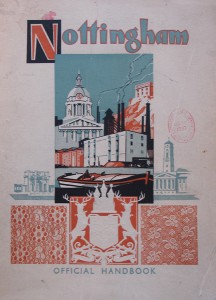 Sustainable property developer Blueprint is on the search for people who have memories of the former Trent Lane Depot inland port in Colwick. Anyone with stories and pictures about the Trent Lane Depot site, or who worked there when it was a working port and after its closure, should contact Mark Patterson by email at mpatt67@btinternet.com or phone 07708 336171.

Researchers want to speak to anyone who worked at the depot, or lived close to it, when the site was an active and important cargo port on the Trent prior to its closure in the early 1980s.

Blueprint, which is redeveloping the site into a new waterside community of up to 500 low-energy homes called Trent Basin, is producing a book about the history of the port as part of a programme of community initiatives to mark and celebrate its social heritage.

The Trent Basin site, which faces the Lady Bay nature reserve, was Nottingham’s biggest river port and it was here that barges from Hull unloaded cargo such as Baltic timber, flour and cocoa for chocolate and reloaded with locally made manufactured goods such as hardware and machinery for the return journey downstream.

The Trent Lane Depot was built between 1928 and 1931 as part of a concerted effort by Nottingham to increase the flow of freight along the city’s ’highway to the sea’ – the Trent. Every year tens of thousands of tonnes of essential cargo was delivered here and stored in two vast white concrete warehouses.

The warehouses were long a dominating feature of the site and while they have now gone a reminder of the site’s past use still exists in the form of the water-filled basin where big cargo barges once moored.

The basin is now set to be renovated and is likely to be made available for floating homes, boat moorings and other leisure uses for residents as part of the rebirth of a site which has been closed off since the port shut down in the 1980s. In this way Blueprint will ensure that Trent Basin retains a firm sense of its past as part of its long-term vision for the full £100m development of the site into a new neighbourhood of apartments and family homes.

Construction at Trent Basin began in July this year and the first phase of 45 homes should be completed in spring 2016.

Nick Ebbs, Blueprint’s chief executive, said he hoped that a book of stories and pictures about the site’s history will be complete by the time the first residents begin moving in.

“We are asking people to come forward and give us their stories, anecdotes and pictures about life at the old Trent Land depot,” he said. “Although the site has been disused for a long time there must be many people out there who remember working there and on the river or who remember what it was like to live close to the site. By collecting memories in this way we hope to create a permanent social record of an important site which will be of interest to Trent Basin residents, people in neighbouring communities and indeed all those interested in the social history of Nottingham and the city’s long trade connections with the Trent.”