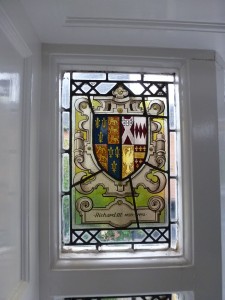 On the 25th May 2016 an event was held at ‘The Embankment’ to celebrate its Grade II Listed Building Status. This followed the wonderful restoration of this historical building by the Castle Rock Brewery. The building itself was designed by local architect Albert Nelson Bromley, who worked with Jesse Boot on many of the company’s buildings. It was opened as Boots’ No.2 Store in the early 1900s and also became the Company’s Social Club in 1919. The whole building became the Social club in 1979. Many local people will have fond memories of events and gatherings held at the Club over the years. 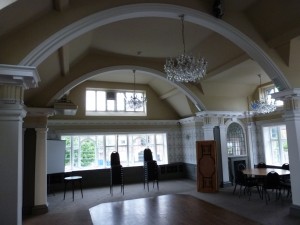 After a more recent period of disuse it was acquired by Castle Rock in 2015 and has been restored during its conversion as a pub and restaurant. Original windows with fine stained glass details have been revealed and a chandelier-lit function room upstairs can be booked for events. For a time another upstairs room was used as an office by Jesse Boot and this has also been restored. Nottingham Civic Society provided key research information on The Embankment and on promoting listed building status. With this venture Castle Rock have underlined their commitment to Nottingham’s heritage and to partnership working in the City. 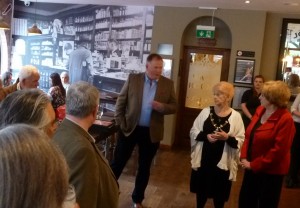 The official proceedings of the evening included speeches by Hilary Silvester of the Nottingham Civic Society and the new Sheriff of Nottingham, Jackie Morris.

Hilary and Jackie are great supporters and enthusiasts of local history and its role in preserving and improving the modern day landscape of Nottingham.