We will examine the development of Liberal democracy in Italy and try to understand why Fascism was able to rise. We will study the influence of Benito Mussolini and link his brand of Fascism to Great Britain and Germany 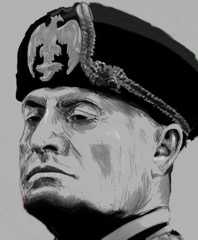 The course will begin with how Italy became a nation in the nineteenth century, we will also look at how Fascism spread to other countries.

The influence of Benito Mussolini on Italy after the Fist World War will be a key component.

Links will be made with Nottingham and the East Midlands

The Course Tutor – Ann Parker, was a lecturer in the Adult Education Department of Nottingham University. A specialist in Modern History, Ann has worked with the Atlantic Council, the Defence Academy and NATO