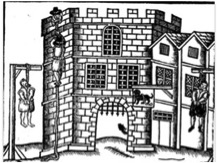 An event to mark 400 Years since the death in Newgate Prison of Thomas Helwys Founder of the Baptist denomination, Pioneer of Religious Liberty for All.

Who was Thomas Helwys?

Helwys was from a north Nottinghamshire family and probably born at Askham. The family held lands there, at Saundby and in Lincolnshire. His uncle Gervase was governor of the Tower of London but was executed after an important prisoner was poisoned. Thomas moved to Broxtowe Hall but became a friend of the puritan and separatist, John Smyth, and helped finance the escape of the ‘Pilgrims’ to the Netherlands in 1608. There, Smyth and Helwys became Baptists but Helwys felt called by God to return to England to start an illegal Baptist church – the first congregation of the Baptist denomination. He also wrote the first book in English to argue that all people should have freedom of religion, for which he was imprisoned by King James and was never released. The message of freedom was taken up by other Baptists, such as John Murton of Gainsborough, and taken to America by Roger Williams who was married to Mary Bernard, daughter of Helwys’s friend who had been vicar of Worksop.

Thomas Helwys is of global significance because:

How are we marking 400 years since his death?

We have chosen to hold this event at The Well, otherwise known as Retford Baptist Church. This is the nearest Baptist church to Helwys’s most likely place of birth and has been part of his denomination since at least 1691 when Baptist churches became legal.

The commemoration event will include two keynote speakers: 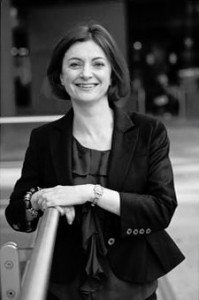 BARONESS ELIZABETH BERRIDGE: Elizabeth became Baroness Berridge of the Vale of Catmose on 20th January 2011 and is a working peer. She sits on the Select Committee for Social Mobility and Ecclesiastical Committee, is a member of the London Policing Ethics Panel and the Co-Chair of the All Party Group on International Freedom of Religion and Belief. Since 2012, Elizabeth has become a key voice in the deepening worldwide discussion on freedom of religion and belief as defined in Article 18 of the Universal Declaration of Human Rights. 2014 saw the beginning of a partnership between the British APPG and United States Commission on International Religious Freedom, which resulted in the launch of an International Panel of Parliamentarians (from 18 different countries), of which Elizabeth is Chair, whose pledge is to work together to end belief based persecution worldwide. In addition to her Parliamentary work, Elizabeth is a trustee of the think tank British Future which focuses on identity, integration, migration and opportunity. She is a member of the advisory council of the Foundation for Relief and Reconciliation in the Middle East and an active member of her local Church, St. Michaels, Chester Square. She has lived in Trinidad and Tobago and Ghana and continues a special friendship with British African Caribbean and British African Church leaders. Elizabeth will explain the importance of Helwys in the World today.

REV TONY PECK: Tony is General Secretary of the European Baptist Federation and also an ordained Baptist minister. He has spoken widely on religious freedom and wrote a well-received report on the history of religious freedom in central Europe. Following his upbringing in Scotland he studied music and education at the Guildhall School of Music and the University of London, and theology at the University of Oxford. He was ordained as a Baptist minister in 1984. He has worked as the pastor of a local church, a regional minister and a Baptist college teacher, before taking up his present post in 2004. In his work for the EBF he has travelled widely in Europe, Central Asia and the Middle East visiting the 57 member bodies of the EBF. His main academic research interest is in the concept of religious freedom, especially as pioneered by the English Baptists in the 17th century, as well as its contemporary role in the modern concept of human rights.   He has written on this theme, as well as on aspects of Baptist identity and contemporary missiology.   Tony has participated in several ecumenical dialogues, most recently between the Baptist World Alliance and the Roman Catholic Church. He is a past member of the CEC Commission on Church and Society and its Human Rights Group. Tony will introduce us to the life of Helwys.

There will also be a short film about Thomas Helwys, some music, and a chance to talk with representatives of groups campaigning for religious liberty today.