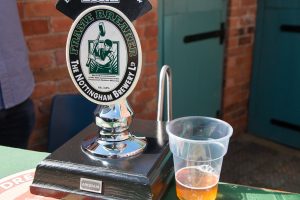 An unusual partnership is raising a glass of English bitter to celebrate the 45th anniversary of a Nottinghamshire Museum. The Radford-based Nottingham Brewery has created a brand new ale, dubbed ‘Frame Breaker’, to help the Framework Knitters Museum in Ruddington celebrate this very special occasion.

For every pint of the beer sold in a Nottingham Brewery pub, 20p will be donated to the Museum’s Redevelopment & Expansion Appeal, which aims to transform their current site and expand the Museum into adjoining premises. The Nottingham Brewery’s three pubs are The Frame Breakers in Ruddington, The Plough Inn (Brewery Tap) in Radford and the Ned Ludd in Nottingham city centre. 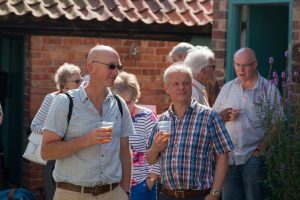 Philip Darby, Managing Director at Nottingham Brewery, said: “We’re very pleased to pair up with the award-winning Framework Knitters Museum, as the partnership sits well with the historical association that the Brewery has always had with the city of Nottingham. At the same time, we’re keen to raise the city’s profile to a wider audience and show people that Nottingham isn’t just about Robin Hood and the Sheriff – and the museum is a very good place to glimpse a different part of our rich history.” 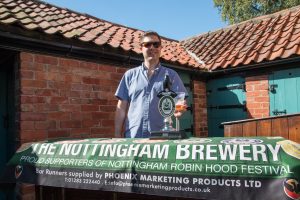 To create the new beer, Nottingham Brewery took inspiration from a recipe dating back to 1726 to produce a traditional, tawny-coloured English bitter. With a relatively low ABV of 3.8%, ‘Frame Breaker’ is similar to the kind of ales that framework knitters would have drunk in the days when beer was safer to drink than water. ‘Frame Breaker’ was launched at the Museum’s 45th anniversary celebration at their annual Garden Party on Bank Holiday Monday, where guests enjoyed free samples of the brew while enjoying the sunshine in the historic Framework Knitters Yard.

Paul Baker, manager at the Framework Knitters Museum, said: “The beer is the first officially joint activity of what we hope will be a really interesting partnership with Nottingham Brewery. We’re in talks about some very exciting plans for the future, with ideas ranging from special fundraising dishes on The Frame Breakers food menu, to joint promotions and events. Keep an eye on our social media pages to find out what’s happening next.”

For more information on Nottingham Brewery, you can visit www.nottinghambrewery.co.uk, and for the Framework Knitters Museum please visit www.frameworkknittersmuseum.org.uk