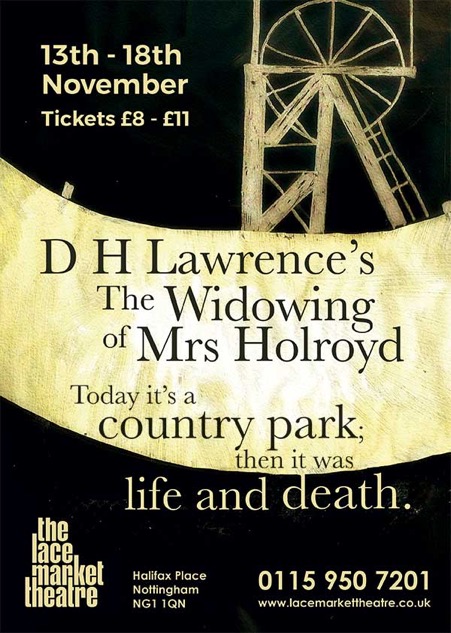 A little over 100 years ago a Young DH Lawrence wrote his second play, ‘The Widowing of Mrs Holroyd’ about life in a Nottinghamshire mining village. This hard-hitting alter ego of the short story “Odour of Chrysanthemums” deals with a catastrophe in the lives of a coal mining family.

Drawing upon the intensity of events that unfold in the miner’s kitchen, the play explores a marriage bowed under the weight of a husband’s drinking and infidelity and peers into the strange, burgeoning relationship between the neglected wife, Mrs. Holroyd, and the young electrician in whom she seeks emotional refuge.

Theatre managers of the 1900’s, although encouraging about the play and lawrence’s dramatic gifts, were reluctant in the years just before the First World War to stage a serious play, even a tragedy, about working-class life: it would be seen as too critical of middle-class attitudes and would never attract an audience.