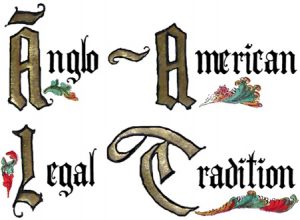 The AALT website is the product of a series of negotiations over fifteen years, all oriented to make the resources of the National Archives more accessible to the general scholarly audience at no charge. All the negotiations have sought to make use of the substantial resources attached to the Cullen Chair of History and Law to secure that result. After the latest and only successful negotiation, AALT’s licence was finally signed on August 3, 2006. However, since it was clear as early as January, 2006 that an agreement was possible, acquisition of material began at that time.

The licence determines the possible content of the website. Roughly, the contents can range between the dates 1272 and 1800 and cover the major legal and financial series of documents.

Acquisition of content has continued and will continue; additional series hopefully will be brought under the license regularly.

The website is financially well endowed and run through a the O’Quinn Law Library, so that the continuance of the website does not depend on the continuing interest of an individual or the annual allocation of funds. It will therefore be a stable and dependable academic research resource.

The work on AALT during its first year of acquisition came from Robert C. Palmer, the current Cullen Professor of History and Law at the University of Houston (responsible for funding, administration of the website, webpage writing and content, and acquisition of Latin materials) and Elspeth K. Palmer, currently a graduate student in English literature at the University of Texas at Austin (responsible for acquisition of English language materials, webpage templates, and graphics). In 2007 they were joined by Susanne Jenks, an independent scholar from Germany, and Lori Assa, a photographer from the USA living in London. Failure of an NEH grant application in 2010 meant that Lori had to depart for the time being. The NEH grant application has been renewed.

In 2009 we began a vigorous upgrade of the site, at first by adding in better navigational guides visible on the thumbnail screens. We also added to the license various of the IND1 series to provide as much indexing as possible. In 2010 we have been successful in initiating volunteer work on new indexing. We hope that in 2011 we will initiate a wiki site for data accumulation.
The project is designed as a template for low cost, quantity acquisition and free supply. The cameras used are standard, readily available versions of the Canon camera line, at first the Powershot S70, then the Powershot S80 with a better range of resolution. Even the acquisitions made with the S70 are sufficiently clear that it is not necessary to re-photograph them at a better resolution. Scanning the images would have produced very high quality images, but at an enormous, indeed prohibitive cost. The argument from the beginning has been that such projects should aim to produce images that are of sufficient quality to enable research, not perfect images: resources should be arranged to increase the overall possibilities for research.

AALT will post finding aids of various kinds and qualities as they become available. The aim is to make this website as functional a research site as possible. Suggestions for finding aids will be gladly received.

The AALT website is not restricted to English material from the National Archives or indeed even to English materials, although the actual work of acquisition is restricted to such materials. If others want to contibute to the general endeavor at other archives and only lack the resources to run a website, the intention of this website is to be available, as long as the material is legally oriented and subscribes to the general standards set down here. Should the materials offered eventually exceed the storage capacity available, the site has the resources beyond its permanent endowment to purchase additional servers.