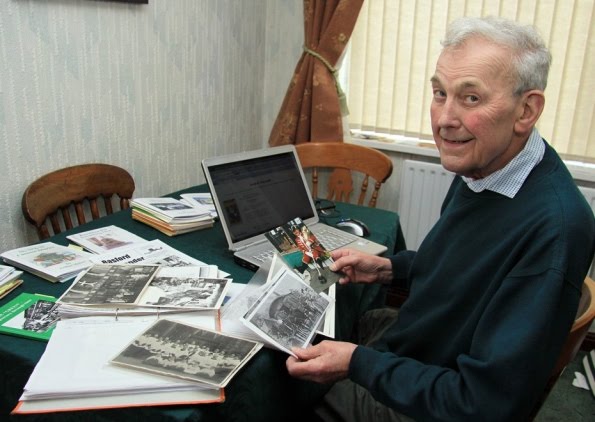 At an Extraordinary General Meeting in November 2017 it was unanimously decided to wind up the Basford and District Local History Society.

Membership had been diminishing over a number of years and it was found difficult to continue.

Stan Smith was appointed Chairman in 1987 following the resignation of Dennis Cooke and Stan remained Chairman until he passed away in 2016, following which President Bill Russell ran the meetings. Brenda Summers continued in the position of Secretary until her death in 2001 when I took over this post. Yvette Pollitt served as Treasurer for the whole of the Society’s existence.

The Society’s members produced several publications including Basford Probate Inventories 1685-1735; Basford and District from 1821-1851; The Green – a Journey Through Time; The Moores of Old Basford; George Pallant’s Basford and Cinderhill – Bystander Cream and Bystander Bulwell were edited by Stan under his pen-name of Ztan Zmith.

With Many thanks to members and friends of the Basford and District Local History Society for their help and encouragement in the past.

The Basford Bystander is available from: