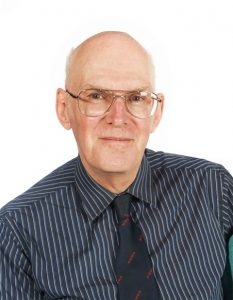 He is a retired Theatre Consultant who has planned many theatres and performance spaces through out the world. Alongside his consultancy work he was, for 30 years, Technical Manager of a Theatre in Nottingham, running shows and organising events for the visiting artists. As a lighting designer for over 40yrs ,he lit all types of shows from drama to musicals.

He is also a Historian with an interest in Local History and World War Two Airforces as well as the history of the Moving Image and of course theatre subjects.

He has been teaching at various university’s and colleges around the country, as he is a qualified tutor and Lecturer. As well as a member of Local History Groups he is also a member of cinema, theatre and aircraft research groups and industry organisations serving on many committees.

He has taught local history, computer and theatre subjects on courses around the country for over 30yrs. He regularly writes articles on these subjects for magazines and trade publications.

He has appeared in programmes on television and radio on local history projects as well as in the local press.

He has recently published two volumes on the history of Arnold and Mapperley Nottingham and the surrounding villages. Details can be found on the MY BOOKS page

He is available for courses and talks, all talks illustrated with pictures and /or video clips. As I research more courses this provides material for various other talks on similar themes. Please ask for an update.

Talks on Local History of the Arnold area