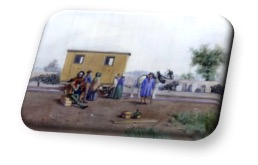 This train line, of which a good portion is now incorporated into the Robin Hood Train line (Mansfield to Kirkby) was opened in 1819 and as such is possibly the oldest continually running line in England. We therefore feel it important to celebrate this fact and involve as many relevant people and organisations as possible. This proposed project aims to research and promote this train line and anniversary and would like your organisation to join with us for this once-in-a-lifetime opportunity.

After many years of debate of how to connect Mansfield to the growing network of canals it was finally decided to make that connection via rail to the Cromford Canal at Pinxton, rather than constructing a new canal. Work commenced on the rail in 1817 and concluded in 1819, when it opened for business on Easter Tuesday. Initially it was used to transport heavy goods, such as coal into Mansfield and stone, sand and malt out of the town. As the years went by passenger travel was introduced. The early trucks were pulled by horses but, when fully laden, there was sufficient momentum generated for the trucks to propel themselves from The Summit, at Kirkby, into Mansfield town centre. 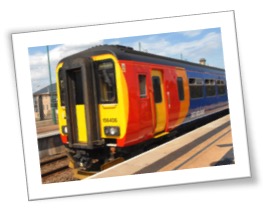 Several years after the construction of this line, steam locomotives were developed with a subsequent network of railway lines being built across the country. Now it became the turn of Mansfield to be connected to this new network. The Mansfield-Pinxton line was purchased by the Midland Railway Company, upgraded and extended into Nottingham in the late 1840s, where it joined the main network. Steam locomotives were introduced on to this upgraded line and continued to transport goods and passengers until they were superseded by diesel power. However, during the mid-1960s the passenger services were withdrawn but goods continued to be transported.

Fortunately, as the commercial side of transportation started to decline the passenger service was re-introduced. This continued use of the train line therefore makes it one of the oldest continuously running lines in the United Kingdom and possibly the oldest in England.

The partnership consists of the following local organisations and several dedicated individuals:

As can be seen from the above historic overview, the Mansfield to Pinxton railway is one of national significance and consequently this important milestone needs to be celebrated. Therefore, the partnership will ensure that the heritage of this train line is celebrated and remembered. We propose to:

Volunteers in the project will receive professional training, where needed.

We aim to have funding and relevant permissions in place by June 2018 to give us plenty of time to organise the Grand Celebration. However, all the above activities and aims won’t be completed until September 2020.