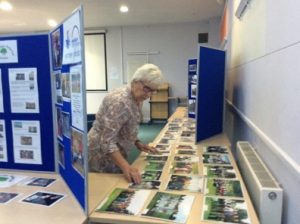 Edwinstowe Historical Society received a grant from the Heritage Lottery Fund in 2015. The grant has been used create an archive of the many photographs and documents which the society holds, digitize them and create a website which is accessible to anyone interested in the history of  Edwinstowe and the surrounding area.

The event was held on Saturday 8th July at Edwinstowe House. There was a comprehensive display of photographs and maps, films of the Lantern Parade and the Pageant were shown and the website homepage was projected onto a screen. 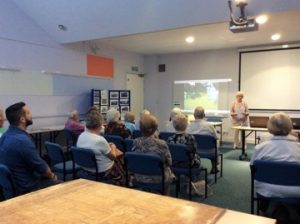 Shirley speaking at the event

A short speech was given by, Shirley Moore, the Chairperson of the society. She thanked the people who had worked and helped to achieve the aims of the project and outlined how the grant had been spent.  She was presented with a gift to show appreciation and to thank her for all her efforts in obtaining the grant from the Heritage Lottery Fund and co-ordinating the project.

The archive office is at Edwinstowe House, in a room kindly provided by Woodhead Enterprise Group. 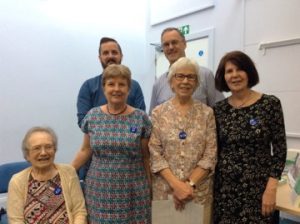 Members of the Woodhead family with Chairperson and Committee Members

Mrs. Margaret Woodhead (on the left) is a founding member of Edwinstowe Historical Society. Standing at the back are Tom Woodhead Business Services Manager and David Woodhead, Managing Director of the Woodhead Enterprise Group Limited.

The website is in the development stage, but there are interesting pictures and articles on it.

The web address is:  www.edwinstowehistory.org.uk

The next meeting of Edwinstowe Historical Society will be on 20th September, 2017. The subject of ‘Wartime Nottinghamshire’ will be presented by Howard Heeley. Meetings are from 2 p.m. until 4 p.m. Refreshments will be available. 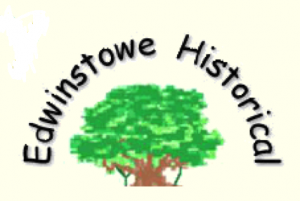