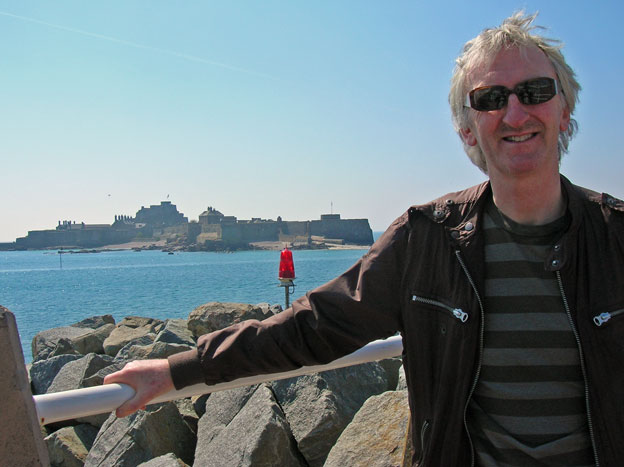 The NLHA has been running for decades but little is known about the people behind the organisation. Over the forthcoming issues we will be delving into the lives of some key committee members: in this issue we meet Chris Weir.

Chris Weir talks about his early days in local history…

I have always been interested in history, but especially local history. I remember being inspired by W.G.Hoskins. His Making of the English Landscape revealed to me a whole new world of fields and farms, deserted mediaeval villages, hedgerow boundaries, enclosure patterns, place names and old maps. It was a world that was on our doorstep. It didn’t even mean a 30 mile hike through mountain peaks, it was all there on a stroll around Laxton, through the Leicestershire byways or cycling past Nottinghamshire’s fields and farms. Then I read  W.E.Tate’s The Parish Chest and began to discover the delights of overseers’ accounts, vestry minutes, parish registers and other parish records that brought local communities to life.

For 40 years I have been lucky enough to have worked in Archives. My first post was as a ‘Miscellaneous Archives Clerk’ with Nottingham City Archives. The Archives service was on South Sherwood Street in the basement of the old Central Library. Occasionally Keith Train would pop in to do research for one of his Thoroton articles or research for a lecture, and Dick Iliffe and Wilf Baguley used to visit to find material for their ‘Victorian Nottingham’ books

Then, in 1976, myself and Freda Wilkins–Jones, the Nottingham City Archivist, transferred to the County Records Office on High Pavement. Here the service grew to meet the demands of growing interest in local and family history and in 1993 the service moved into purpose-built premises on Castle Meadow Road, Nottingham.

My links with the Nottinghamshire Local History Association go back to the 1980s when I used to attend committee meetings in the basement of an office building on Mansfield Road. In those days it was called the Nottinghamshire Local History Council. I remember, from those days, Philip Lyth, Geoffrey Oldfield, Laurence Craik, John Heath, Vernon Radcliffe and others who conducted many lively conversations and debates! At this time I became a local history tutor for the University Adult Education Department and WEA. My first class was at Lambley where, after 3 years, the group produced Lambley: A Village Study and formed a local history society that still flourishes today.

Philip Lyth, the President of the Local History Council, was especially encouraging to me as a new arrival back in the 1980s. I had produced a manuscript on the Nottinghamshire countryside, ‘A Prospect of Nottinghamshire’ (1986) and with his support it was taken on by the Council and became a published book. The foreword was by Myles Thoroton Hildyard. Philip and I visited Flintham Hall to discuss the foreword with Myles. This proved a daunting occasion and I was immediately in Myles’ bad books when I parked my car in front of the Hall instead of round the back!

In recent years I have become interested in community history and in trying to create opportunities for young people to engage with local history. I have organised two heritage competitions for young people and two youth heritage conferences. All of these have been with the invaluable support of the Association. I also secured, for Nottinghamshire Archives, a Heritage Lottery grant to fund a project for 17 young people to preserve a major collection of information on First World War memorials (the Wakefield Collection) which will become available next year. I am currently working on a publication for the County Council in the Turning Back The Pages series on ‘Nottinghamshire & World War 1’.

I retired from the Archives at the end of December so I was delighted to be asked to come onto the Association’s committee and hope that I can support its various activities and projects. The Association has a long tradition of encouraging history and heritage and I look forward to being part of its future.