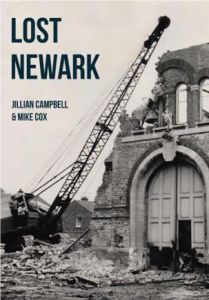 The town of Newark has been an important place, ever since medieval times when it became a major centre for wool and cloth production. The town grew around its once-impressive castle, built in the eleventh and twelfth centuries but later destroyed in 1646 following the town’s surrender to attacking Parliamentary forces during the Civil War. In Victorian times, the town grew and developed and a number of new industries were established, among them sugar refining, which is still in evidence today.