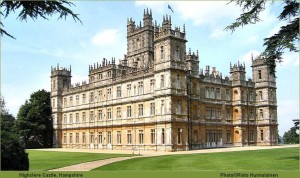 Have you considered getting your heritage site on screen?

Think of Downton Abbey; what image comes to mind? If you’re like the majority of the world you’re probably imagining Highclere Castle right now, the iconic location used as the setting for the highly popular TV series. Data shows that locations receive increased tourism and economic benefit from being on screen. Nottinghamshire has a wealth of currently untapped opportunities on offer and therefore the more we make available the more we can represent, promote and support our beautiful and amazing heritage. As a Creative England partner and film friendly region, Nottinghamshire is ready to be put on the filmmakers’ map.

Your property could be just what filmmakers are looking for, be it a cottage or a castle, a suburban semi or stately home, wasteland or country park. You can earn fees from the use of your property as a filming location and the right production can have a positive effect on visitor numbers.

In order to register your property you can either enter your location directly onto the database or the Film Nottingham office is there to support you with this.

To find out more and register directly on the database visit: creativeengland